From email to collaborative platform

Steele Raymond LLP is a UK law firm with a large presence in Bournemouth and the surrounding areas. Having practiced law for around 40 years and recently achieving their 15th consecutive year as a Top Tier firm in the Legal 500 UK Edition, Steele Raymond have proven their excellence in this ever-growing and challenging industry.

The firm’s specialist teams serve business clients across a wide variety of sectors, including large commercial property, residential property, commercial and corporate, dispute resolutions and family employment, and private client ensuring they provide a high quality and personalised service to their clients.

Their rapid expansion has led to the recent opening of their third Bournemouth office to accommodate extra staff, and Steele Raymond knew they needed to invest in the necessary technology to help accommodate and continue to provide clients with high class services. 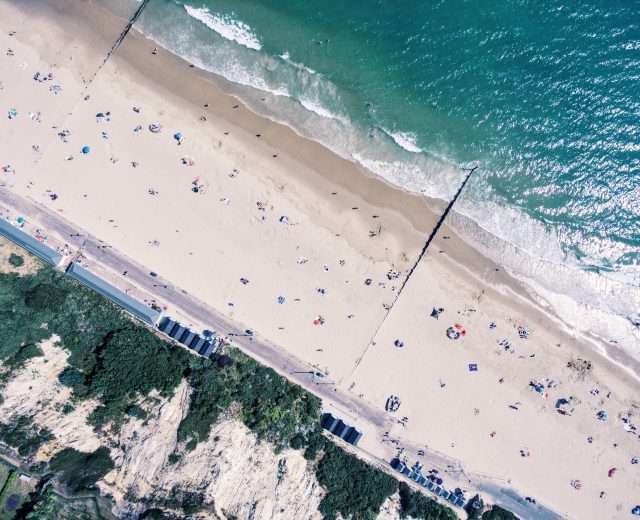 Before implementing Hubshare, Steele Raymond predominately relied on email and another solution to cater their file-sharing needs, however when preparing for GDPR, it became apparent this did not meet compliancy requirements.

Yvette Moss, IT Director at Steele Raymond, was tasked with upgrading their IT systems to be in line with a modern way of working and to meet such GDPR compliance requirements.

Not only did the firm want a more secure and permanent way to share files and documents internally and externally, but their clients also wanted a trusted, centralised area where they could view all their files easily, which was especially important for large deals. By doing so they would remove the need for confusing email threads, the threat of losing important files and the possibility of their files being too large to send via email attachments.

“One of the things that we wanted to implement first was a way to securely upload documents to a data room and that’s how we began the partnership with Hubshare”.
Yvette MossIT Director @ Steele Raymond

After considering numerous data room providers, the firmfound that unlike others, Hubshare was very easy to implement and cost effective. “During the demonstrations of Hubshare, we found the platform was very user friendly and this was very important for us”, explained Yvette Moss. “You don’t expect fee earners and support staff to be IT specialists, they are experienced in what they do. Any software product put in front of them, really needs to be easy-to-use and we found Hubshare was the best out of all of them”, she finished Another notable quality of Hubshare is that internal users can invite as many external users that they desire, into the Hubs. Unlimited external licenses offers added flxibility and this was especially important for Steele Raymond. Yvette explains,

“Some providers had limits such as one internal license per five external users, which would not work for us especially in large corporate deals”.
Yvette MossIT Director

At Hubshare, we pride ourselves on the support we provide throughout deployment, training and post implementation. During Steele Raymond’s implementation, Yvette created two separate internal teams, so they could be trained according to their involvement with Hubshare. This made for a streamline process and avoided any unnecessary training. The firm then created banded templates per practice area, and set up user rights dependent on which group users were in.

“Once everything was set up, the training was really easy actually. Alyson from Hubshare, helped us every step of the way. She was at the end of the phone if we needed her and actually once the users were trained, they seemed to be using it without any issues, which is great news for IT”, explained Yvette. Steele Raymond’s commercial team have been using Hubshare heavily since it’s implementation, and their dispute resolution team have recently begun to utilise Hubshare. For their commercial team in particular, being able to upload and share large documents was a necessity, especially when dealing with large cases. “This is sort of ground-breaking for them,” noted Yvette.

Hubshare is renowned for it’s ease-of-use, with many clients impressed at how easy it is to set up Hubs and templates. Not only is there a wizard that takes users step-by-step through the Hub building process, but there are also templates which admins can create and utilise, meaning users can effortlessly create a Hub with all of their chosen branding, contacts and documents, at the click of a button. Templates can be created, edited and adjusted to suit particular teams and clientele. Thanks to our comprehensive training and Hubshare’s easy set up, Steele Raymond’s IT team were not inundated with support calls. “Hubshare’s definitely one of those pieces ofsoftware where once the actual training has taken place and we had set it up in the way we had wanted it to be, it kind of runs on its own, so it was great for that!” Yvette added.

Now Steele Raymond have been successfully using Hubshare as their primary file-sharingplatform for over a year, they have invested in additional licenses so other teams can utilise the platform. Yvette explained, “The team got to know Hubshare and how it works, so they jumped on that bandwagon and asked us if we can have more licenses. Hubshare also welcome feedback and suggestions to enhance Hubshare, and that ticked the box for us.” In the New Year, the firmplan to implement a new document management system, of which, Hubshare will integrate with. This addition, will make Hubshare even more accessible and user friendly.

We use cookies on our website to give you the most relevant experience by remembering your preferences and repeat visits. By clicking “Accept All”, you consent to the use of ALL the cookies. However, you may visit "Cookie Settings" to provide a controlled consent.
Cookie SettingsAccept All
Manage consent

This website uses cookies to improve your experience while you navigate through the website. Out of these, the cookies that are categorized as necessary are stored on your browser as they are essential for the working of basic functionalities of the website. We also use third-party cookies that help us analyze and understand how you use this website. These cookies will be stored in your browser only with your consent. You also have the option to opt-out of these cookies. But opting out of some of these cookies may affect your browsing experience.
Necessary Always Enabled
Necessary cookies are absolutely essential for the website to function properly. These cookies ensure basic functionalities and security features of the website, anonymously.
Functional
Functional cookies help to perform certain functionalities like sharing the content of the website on social media platforms, collect feedbacks, and other third-party features.
Performance
Performance cookies are used to understand and analyze the key performance indexes of the website which helps in delivering a better user experience for the visitors.
Analytics
Analytical cookies are used to understand how visitors interact with the website. These cookies help provide information on metrics the number of visitors, bounce rate, traffic source, etc.
Advertisement
Advertisement cookies are used to provide visitors with relevant ads and marketing campaigns. These cookies track visitors across websites and collect information to provide customized ads.
Others
Other uncategorized cookies are those that are being analyzed and have not been classified into a category as yet.
SAVE & ACCEPT